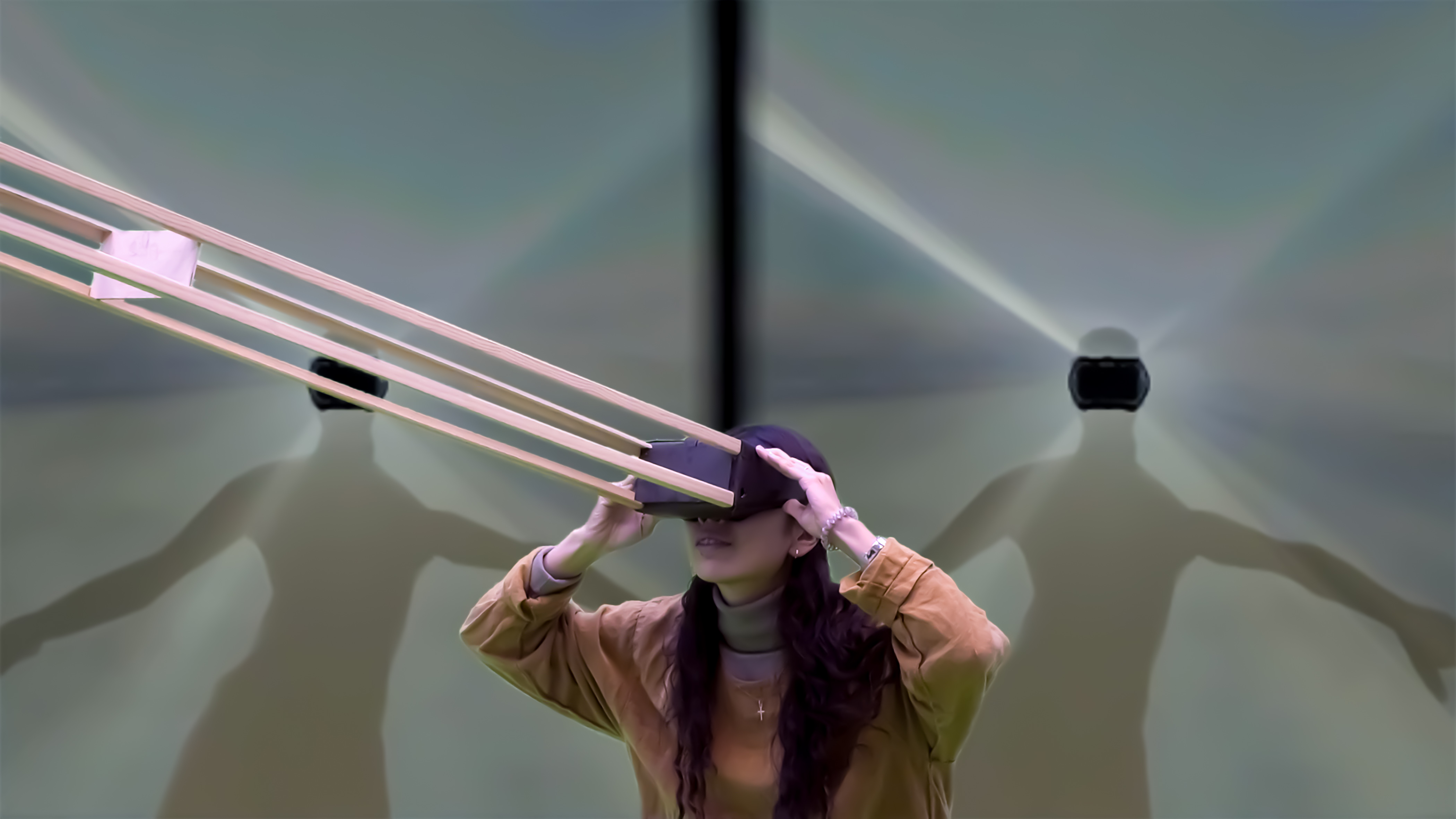 Two VR headsets that are attached to one another in a 6’ long rigid sculpture. Participants are physically conjoined together through the virtual reality headsets which manipulates the ways in which they are able to move through space. In this orientation, the two viewers are able to engage with the content at once and mutually influence each other’s viewer experience. Within the VR headset, viewers witness an underwater scene in which they share a pair of 6’ long extended goggles with another character. These goggles resemble the structure of the VR headset they are wearing. As the two viewers move through space, directing and influencing each other by their heads, the character in the VR scene is influenced by the physics of being “dragged” around. 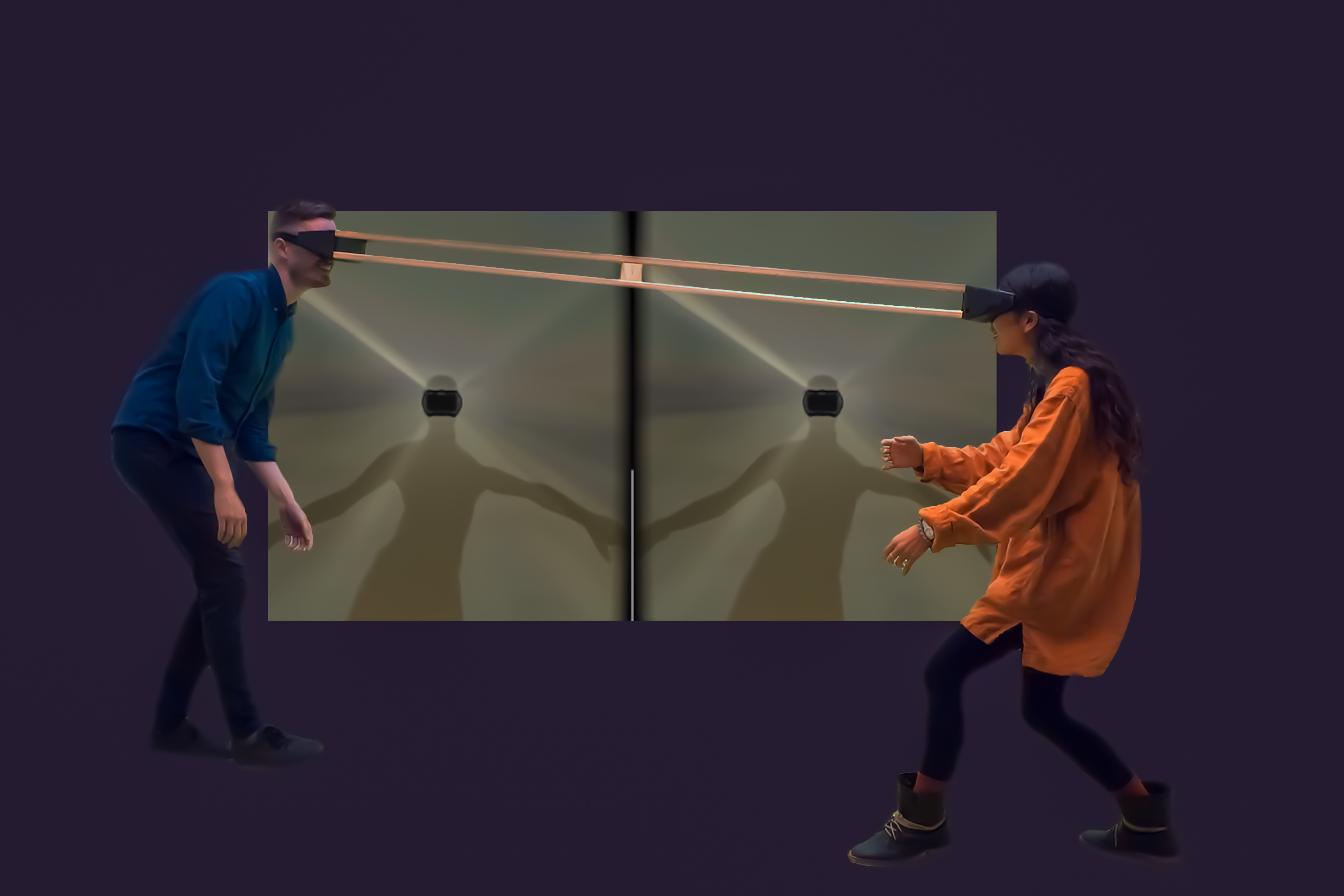